I’d recently blogged about how I’ve cut the cost of our groceries in half which was mostly thanks to batch cooking. I designate one weeknight per week to batch cook one large dish which is then separated into portions and frozen, ready to be reheated on busy weeknights- hooray for home-made ready meals! 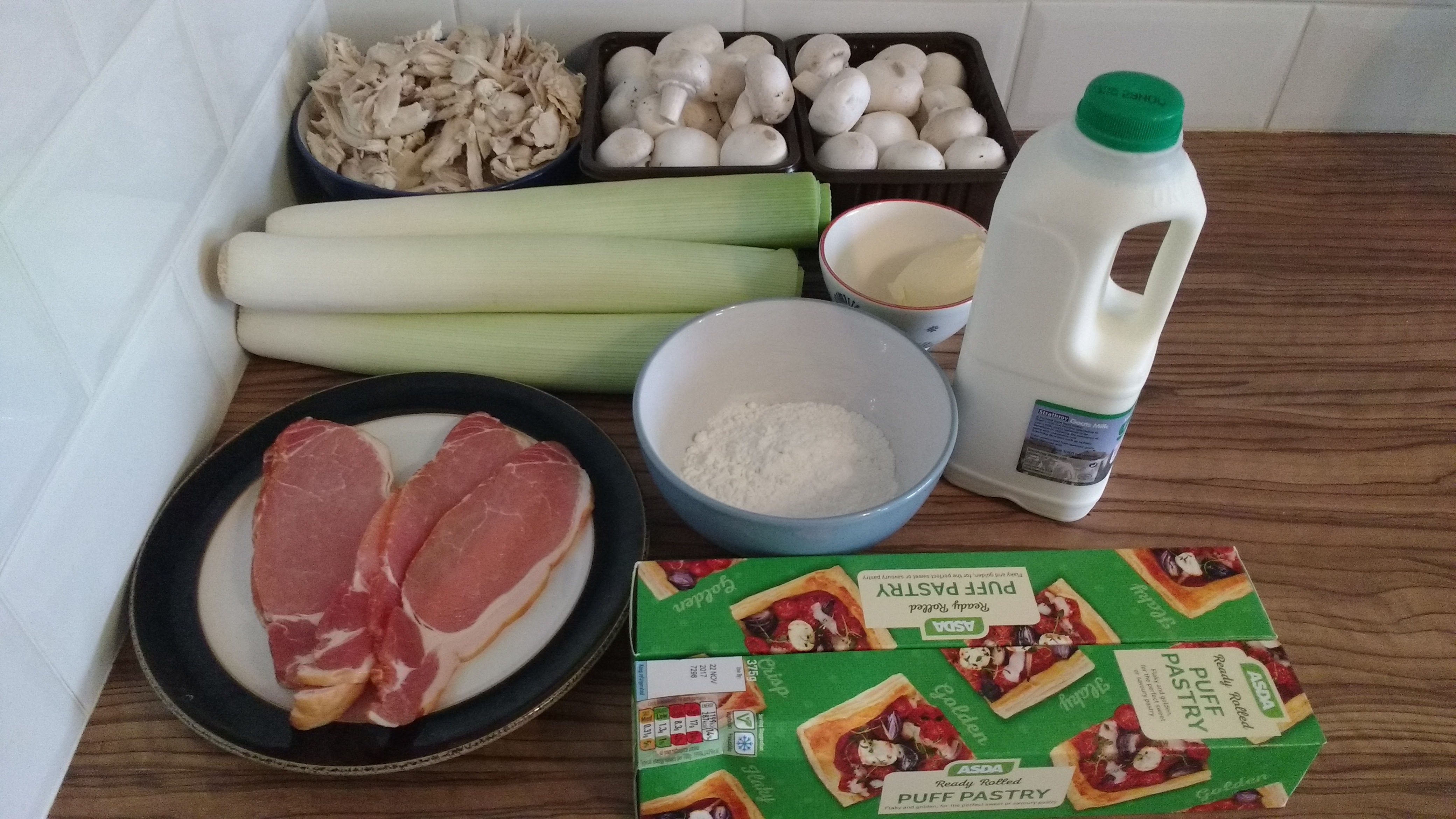 My favourite recipe of the moment is Chicken Pie. This pie is comfort on a plate, packed full of vegetables and pretty healthy as pies go (with only a puff pastry lid to report to the calorie police). And with the ingredients coming in at £15 for 16 portions, it’s seriously good. If you fancy giving it a go, here’s the how to, with pricing (correct as of 18/11, at Asda).

Roast the chickens in advance, allowing to cool before discarding the bones and skin, and shredding the meat.

Dice the bacon and fry until cooked. Add the leeks and cook for ten minutes, until the leeks have reduced slightly (putting the lid on your pot will help this). Add the mushrooms and cook the mixture for a further ten minutes.

Meanwhile, melt the butter in a separate pot and add the flour, stirring to make the base of a roux- add the milk bit by bit, and stir frequently until the mixture has thickened. Season with salt and pepper and set aside.

Add the cooked chicken to the bacon, leeks and mushrooms which should be well-cooked at this point. Mix to combine, then pour over the sauce that has been set aside. Allow to cook for a further few minutes, until everything has been well-mixed.

Spoon the mixture into pie dishes. The dishes I currently use are bulk-purchased from Amazon, and you will be able to be four portions of pie into these, but you can also opt for individual pie tins, or two-portion tins, or whatever you like (B&M sells a great selection of smaller tins). 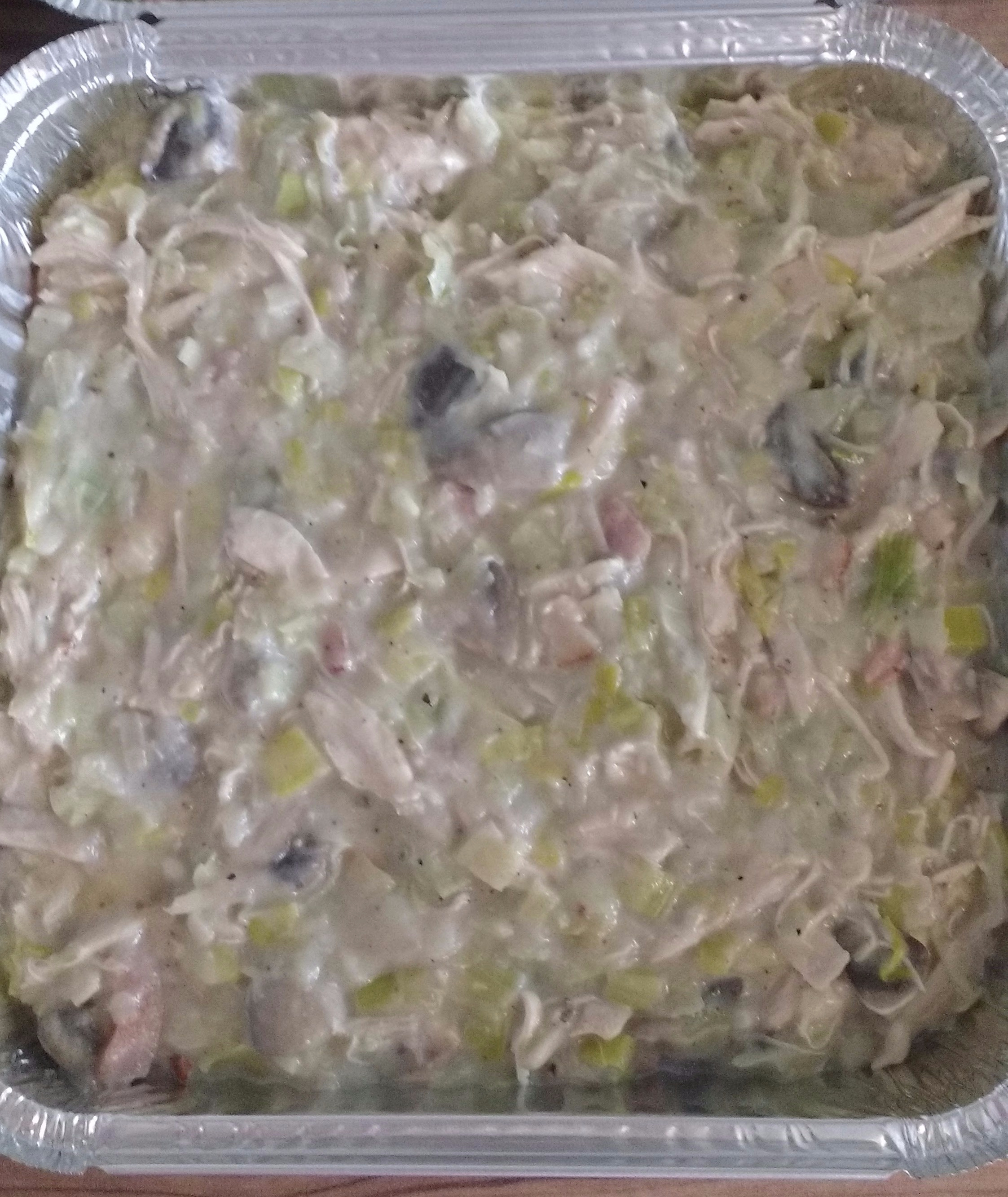 This pie is not unlike myself- lovely, but doesn’t photograph well!

Roll out the puff pastry and top each tin with a puff pastry lid, pricking the ends with a fork and make a few airholes in the middle. Gotta make it look a little fancy!

Note the contents of the lid of the container and add to the freezer when cooled. They can be cooked from frozen, with a little bit of egg, butter or spray oil on top (I go for spray oil, its the easiest and considering there is no other oil in the pie, you can afford a little bit). Cook at 180C until the top has turned golden brown (about 50 minutes to an hour).

I usually bake potatoes in the oven alongside the pie, and boil some frozen mixed vegetables into a pot of water about ten minutes before serving. 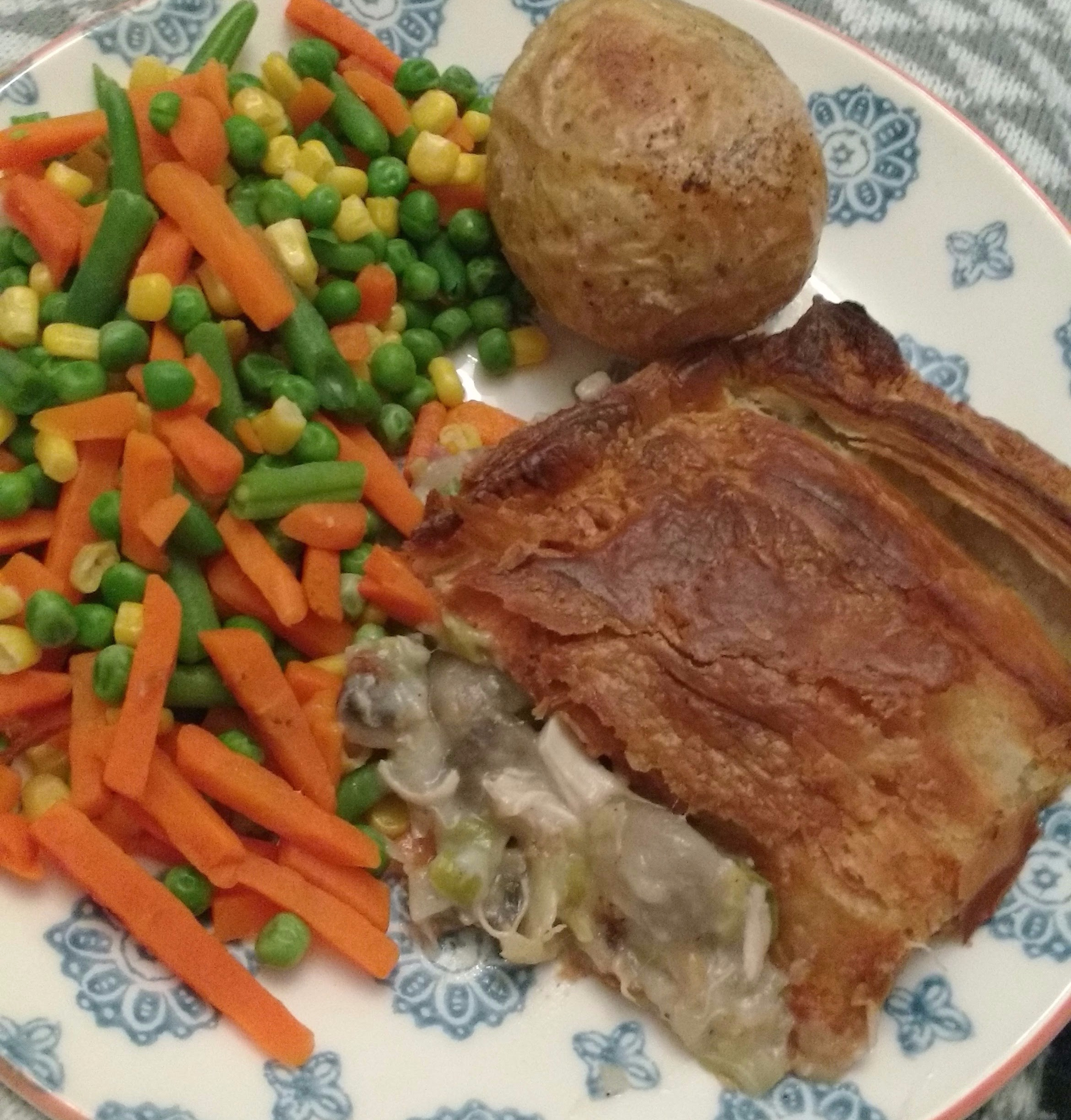 So there you have it- chicken pie, potatoes and vegetables. I would say it’s as easy as pie, but I’m trying to steer away from the cringe factor while writing this, but ah well, it’s out there now! Hope you attempt this and I’d love it if you share with me how you got on below, or over on my Instagram page 🙂 Happy cooking! 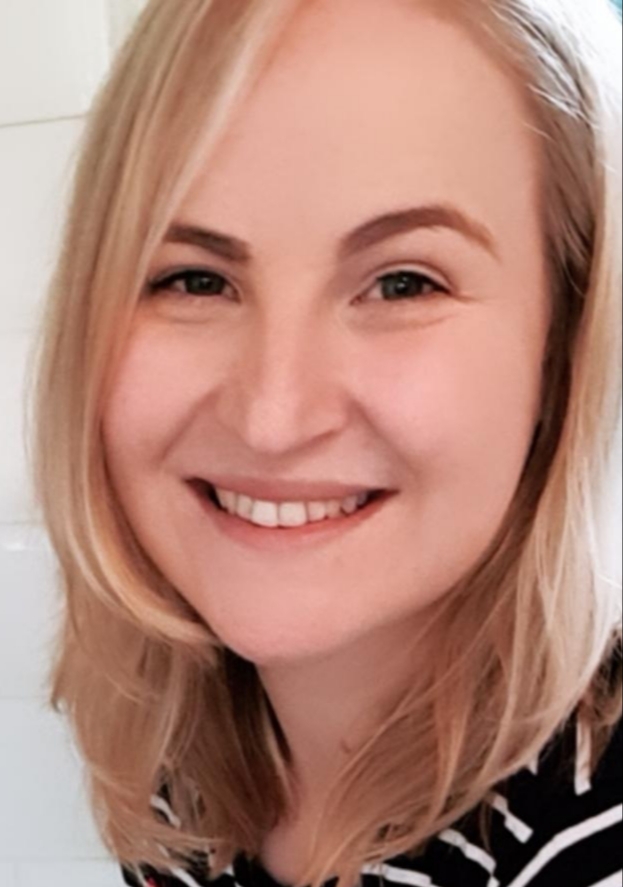